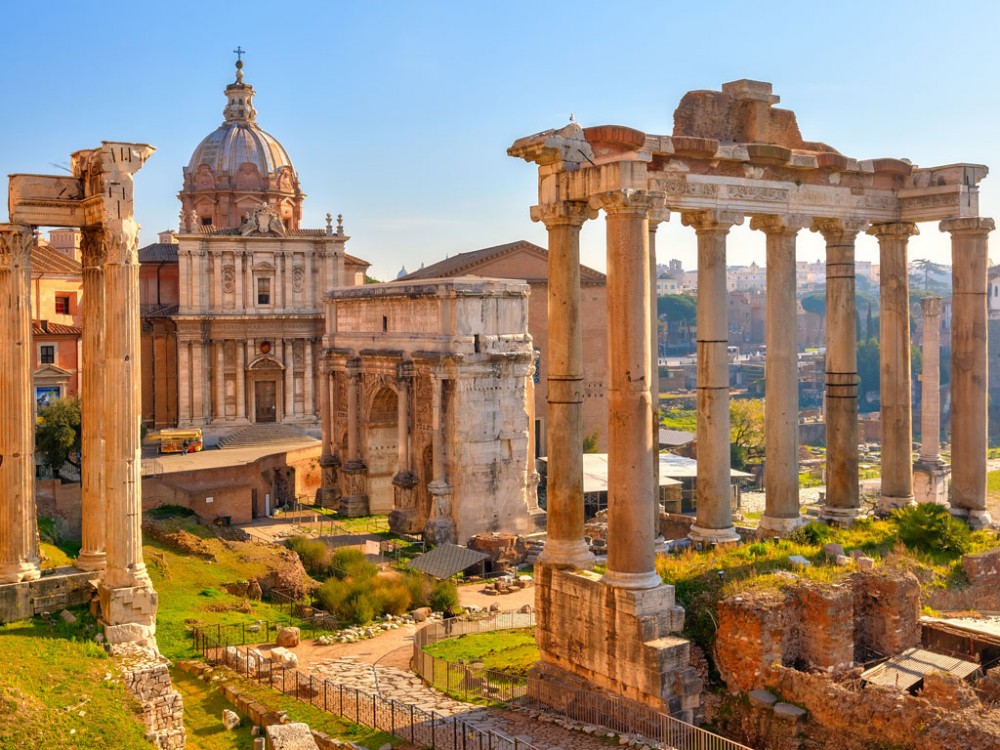 Bolsena Lake can also be a bridgehead for sightseeing tours in order to discover breathtaking art cities in its neighbourhood.

Rome
Capital city of Italy, it is 130 kilometres far from Bolsena and can be easily reached either by train (from the train station of Viterbo) or bus. The most populated Municipality in Italy, Roma is definitely the main tourist hub in the country. Rome hosts amazing Archaeological Parks, first of all the Roman Fora (among these there is the Colosseum, the main example of Roman Amphitheatre). Particularly cool to see is also the Baroque heritage in Rome, ranging from churches to Monumental Fountains, luxurious houses and the urban renewals made by Bernini and Borromini.
Worthy of a visit are also the places of power: Palazzo Montecitorio (premises of the Chamber of Deputies), Palazzo Madama (premises of the Senate of the Republic), Palazzo Chigi (premises of the Prime Minister) and Quirinale (premises of the Head of the State).

Florence
190 kilometres far from Bolsena, it is known all over the world for being the Capital City of Italian Renaissance. During that time Florence reached indeed the peak of its splendour through excellent artworks and buildings which make Florence known all over the world, such as Palazzo Vecchio with the aside Loggia dei Lanzi, the Statue of David by Donatello, the Baptistery, the Cathedral, Boboli Gardens and Palazzo Strozzi. Recommendable is also a visit to Uffizi where you can admire a number of artworks by the main Italian and European artists from the Middle Ages to the 18th Century.

Siena
Another fine example of Italian urban centre is Siena. The pounding hearth of the town is definitely Piazza del Campo, the main square where lies the Palazzo Pubblico with the Torre del Mangia. Worthy of note is also the Cathedral, a stunning example of Italian Gothic architecture. The past of Siena is revived twice a year through the Palio, a historical horse tournament happening on July 2nd and August 16th.

Assisi
100 kilometres far away from Bolsena lies Assisi. It is famous for being the birthplace of Saint Francesco and Saint Chiara and it is affected by a tourist flow linked to the worship of the two Saints. An obliged stop-over of the itinerary of the Pilgrims is Basilica of Saint Francesco, divided between the superior and the inferior part. Assisi contains other examples of religious architecture too, such as Saint Rufino’s Cathedral and Saint Maria Maggiore’s. Worthy of a visit is also Piazza del Comune where lies the Temple of Minerva, proof of the Roman past of Assisi, and next to it the Medieval Palazzo del Capitano del Popolo and Palazzo dei Priori, now premises of the offices of the Municipality.
At the beginning of May the lovers of folklore should not miss Calendimaggio, a Medieval Festival consisting in a challenge between the two districts of Parte de Sopra and Parte de Sotto, with parades, performing of plays, music, dances and flag throwing.

Perugia
100 kilometres far from Bolsena, Perugia, the main administrative centre of Umbria, conserves several proofs of its past.
In the suburb of Ponte San Giovanni you can visit Hypogeum of Volumni, an example of underground Etruscan burial which is part of a wider archaeological site, Necropoli del Palazzone.
Up on the hill the town centre conserves fine examples of its Medieval past, such as Palazzo dei Priori, now premises of the offices of the Municipality, the Gothic Fontana Maggiore by Nicola and Giovanni Pisano and Saint Lorenzo’s Cathedral.
Not to be missed is Galleria Nazionale dell’Umbria, hosted inside Palazzo dei Priori. Worthy of a visit is also Rocca Paolina, a unique example of Renaissance military architecture.